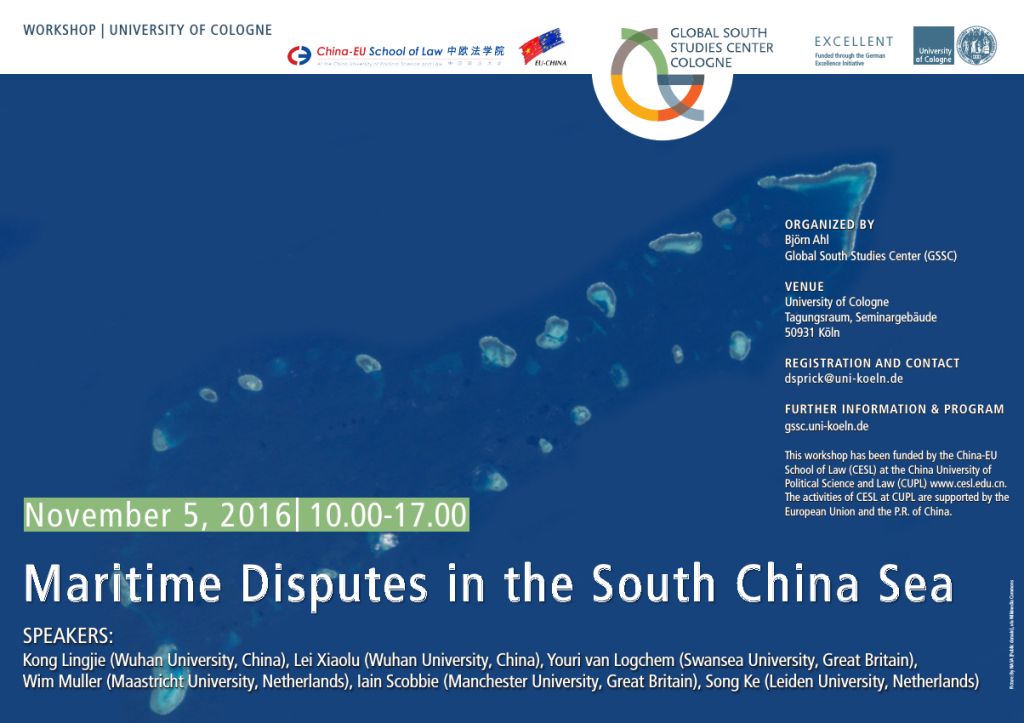 Cologne, Germany
5th Nov 2016
In July 2016, an arbitral tribunal constituted under Annex VII to the 1982 United Nations Convention on the Law of the Sea decided the case Philippines v. China. The workshop will address certain legal issues of the law of the sea that were raised by the award. The discussion will also refer to China’s territorial claims in the South China Sea and to more general attitudes of the PRC towards public international law.

Iain Scobbie (Manchester University)
When is an Island a Rock? The PCA’s Interpretation of UNCLOS 121(3)

Song Ke (Leiden Univeristy, Grotuis Center for International Studies)
On the jurisdiction of arbitral tribunals under Annex VII of the UNCLOS over ‘mixed dispute’–Legal analysis and its implications for South China Sea disputes

Download the leaflet of this event as PFG here: poster_maritime_disputes