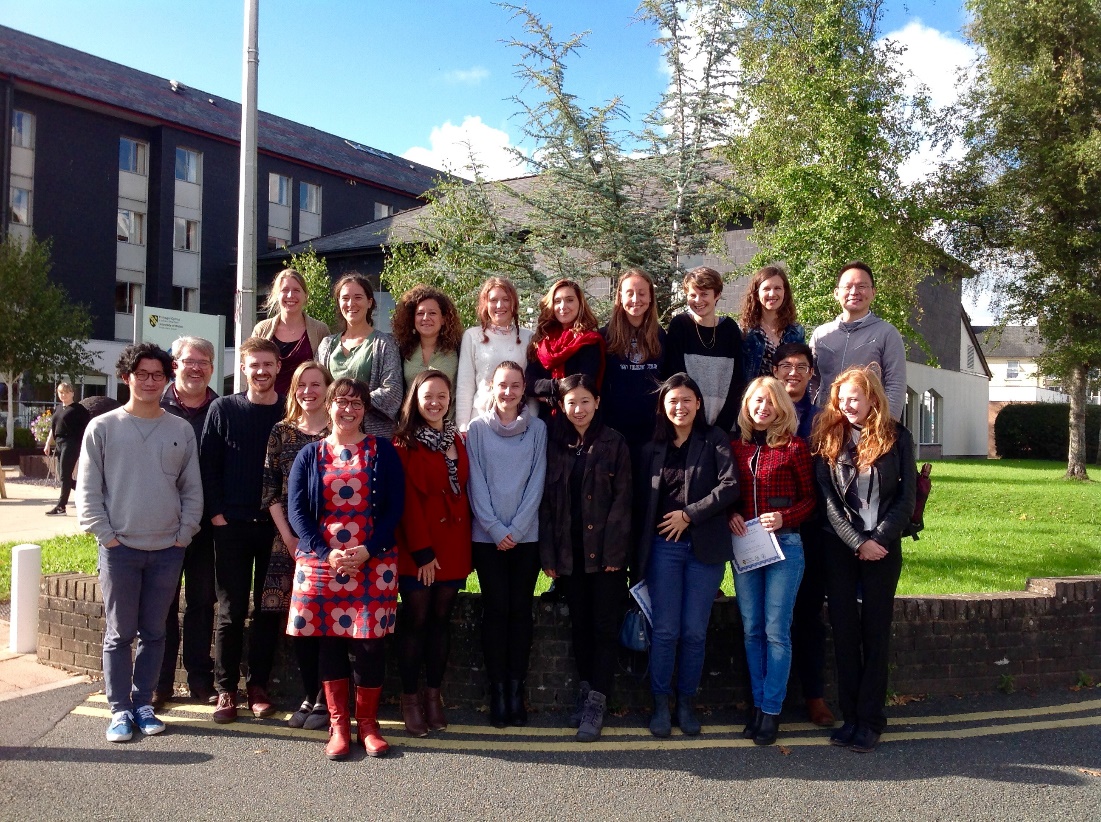 On the first day, after a brief welcome by organiser Thomas Jansen, Anne Gerritsen (Warwick University/Leiden University) kicked off the summer school with an interactive lecture on “The Global Life of Things: The material culture of Sino-European interactions”. Using examples from the Jan Menze van Diepen collection in Fraeylemaborg, she reflected on what ‘global life of things’ means, the questions that need to be asked of an object to establish the contours of its global life, and why that global life matters for getting at materiality and meaning of Chinese objects in local collections. In her workshop the following day, students were asked to choose one object and try to find out as much as possible about how this object travelled from its place of manufacture to its current placement within this collection. 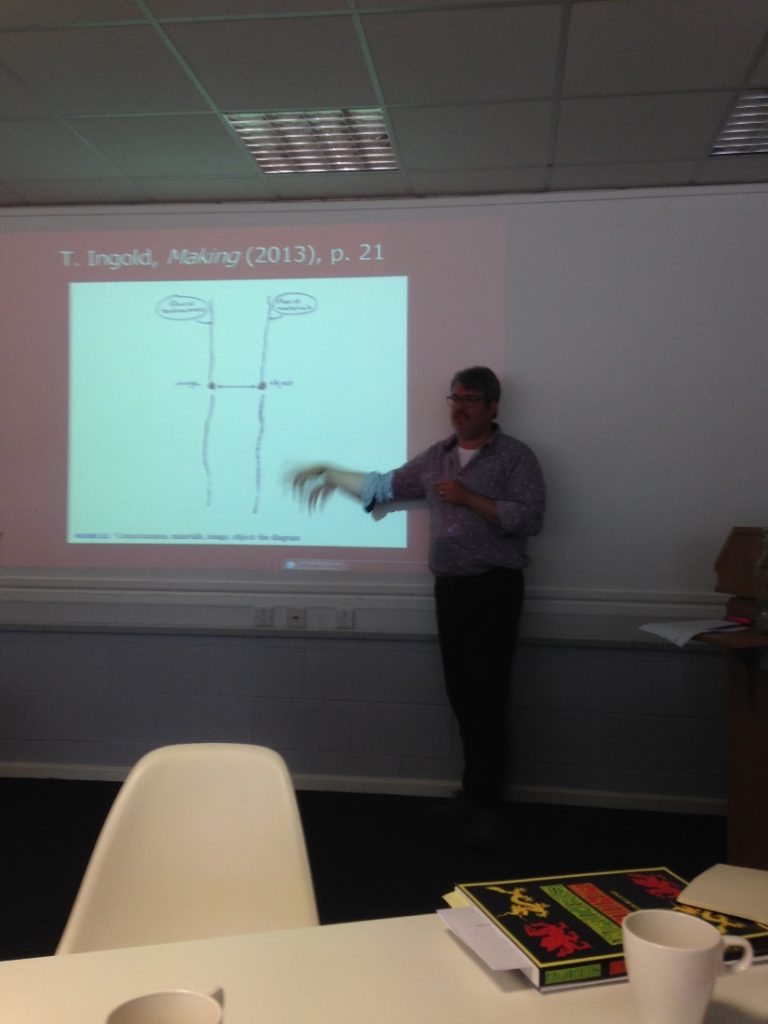 In the following lecture Thomas Jansen (UWTSD Lampeter) focused on the relationship between materials and objects, arguing in the footsteps of anthropologist Tim Ingold that objects are the result of a mutual, unending engagement between humans and a world of active materials rather than the products of human design applied onto natural substances. This process of engagement continues into the phase when an artefact is collected and placed in a museum, thus impacting on the roles of both the collector of artefacts and the museum curator.
The first day continued with a trip to Llanerchaeron estate and country house, one of the National Trust sites near Lampeter, and concluded with a text reading session on material agency led by Katharina Zinn (UWTSD Lampeter).
The second day, Tuesday, began with a lecture and workshop by Egyptologist Katharina Zinn who introduced the audience to the concept of ‘material agency’ and challenges of writing an object biography. Using Egyptian artefacts, Katharina demonstrated how trying to narrate the various life-cycles of an object in all their complexity can transform lacklustre and seemingly unremarkable objects into fascinating sources of information about the societies that produced and collected them. In the subsequent workshop students were given the task to outline elements of an object biography of four Chinese artefacts (a painting, two woodblocks, a roof tile, a modern bamboo-strip edition of the Sunzi bingfa) from Katharina’s private collection. 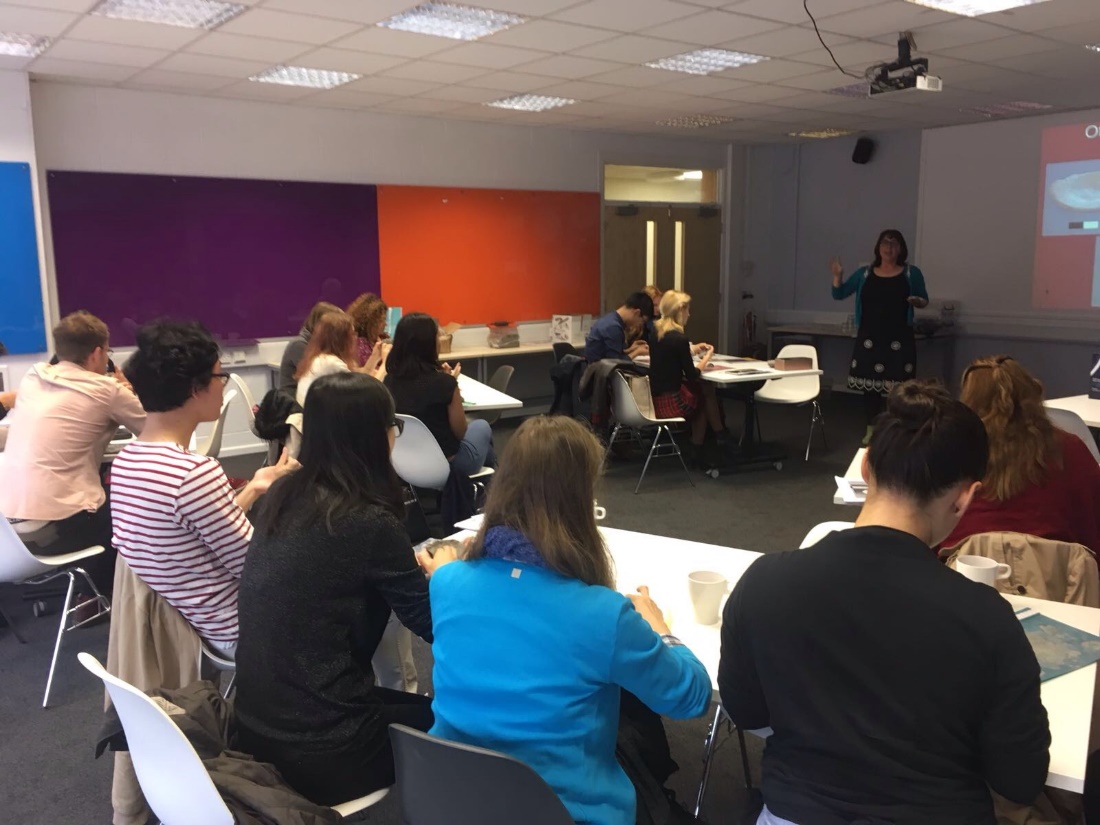 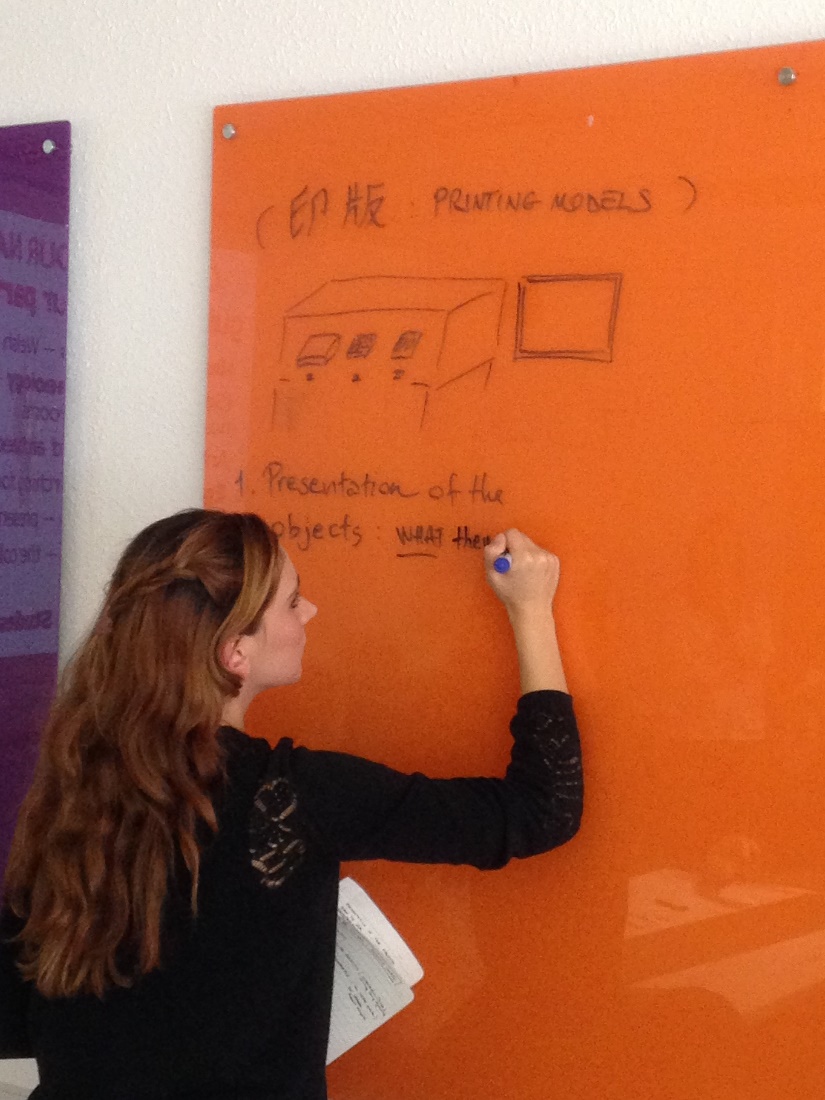 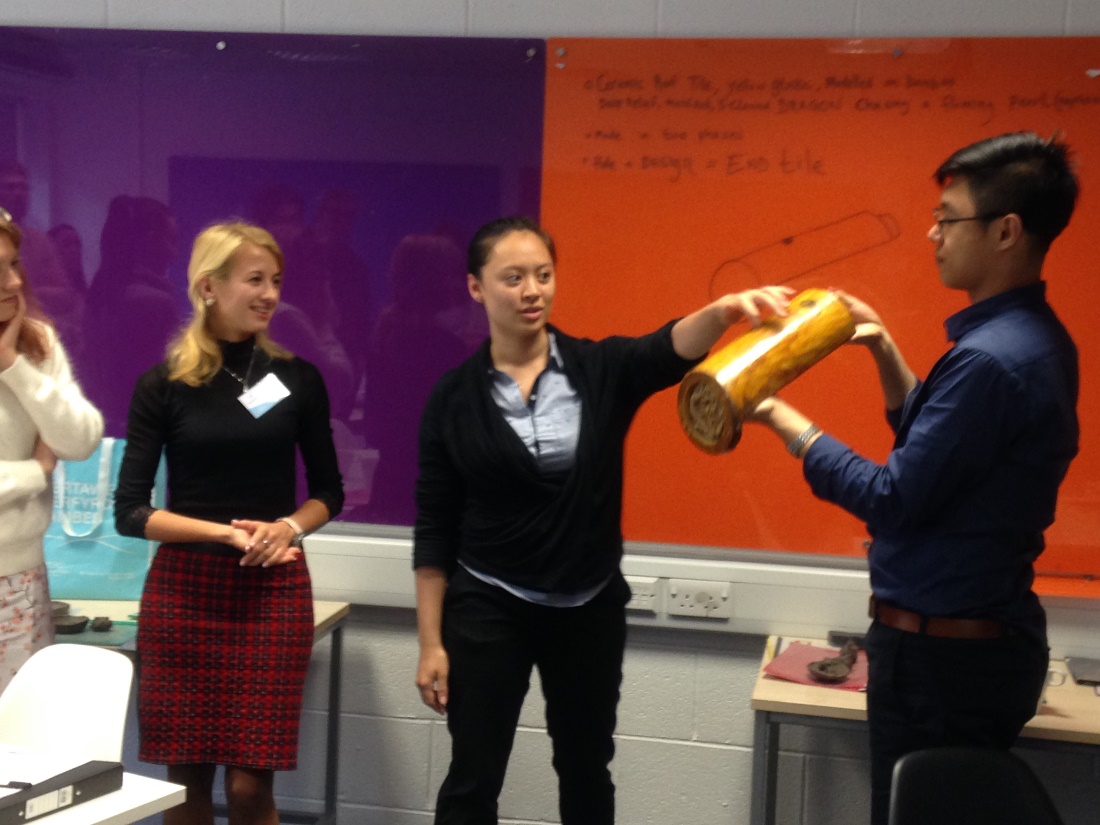 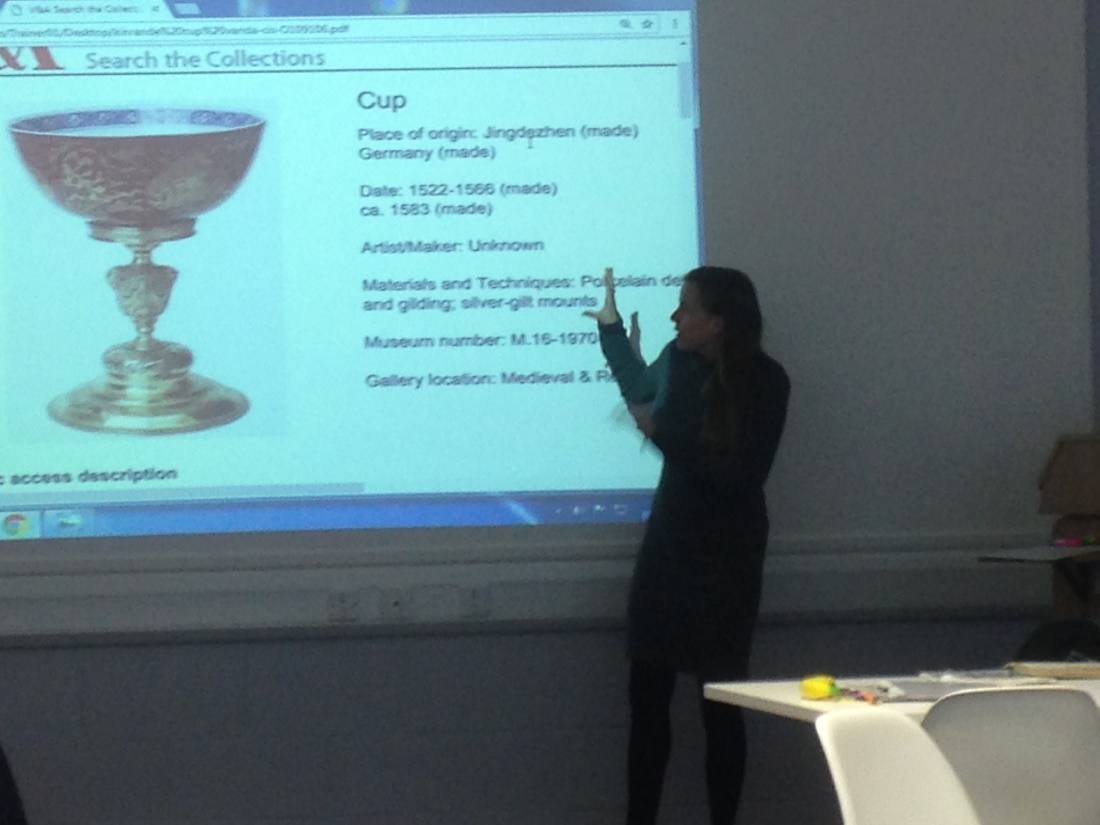 Louise Tythacott (SOAS) concluded the second day with a lecture on “Chinese ‘Summer Palace’ objects in museums and displays in the West”, in which she highlighted the fact that especially small and medium-sized museums became final destinations for looted objects. The lecture stimulated a lively discussion about the challenges faced by the museum sector as a result of Britain’s (and other European countries’) colonial past. 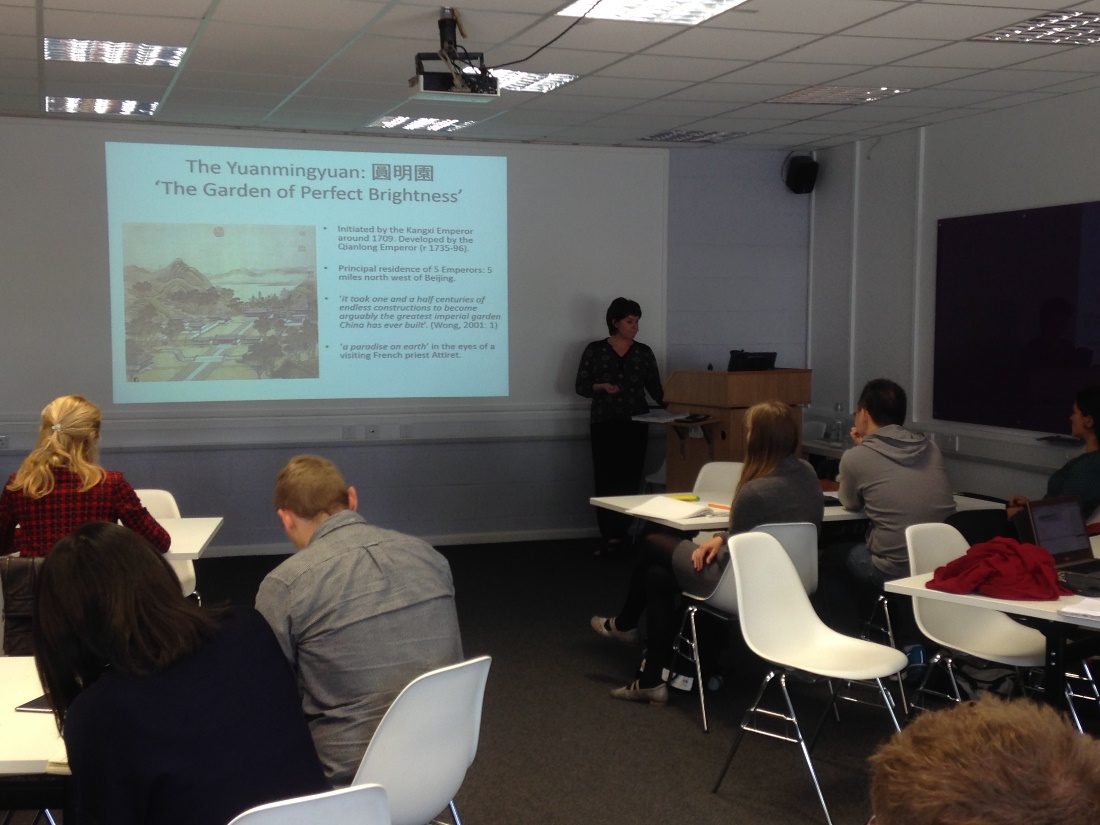 The third day was field-trip day. The first stop was Cyfarthfa Castle Museums and Art Gallery Merthyr Tydfil. Museum curator John Shimmin had placed objects of presumed ‘Asian’ provenance in a separate room where we could inspect and discuss the objects at length. Apart from a few objects displayed in the museum as being from ‘the Summer Palace’, the group identified further objects with potential Summer Palace provenance. 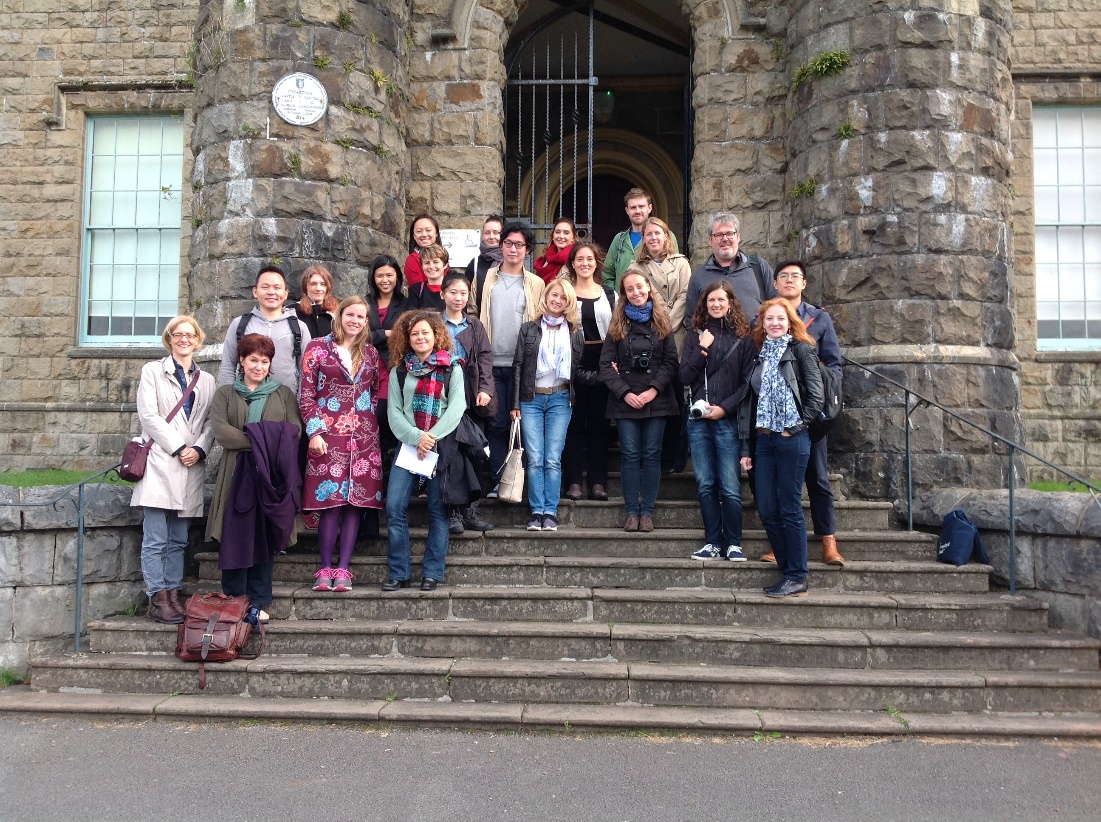 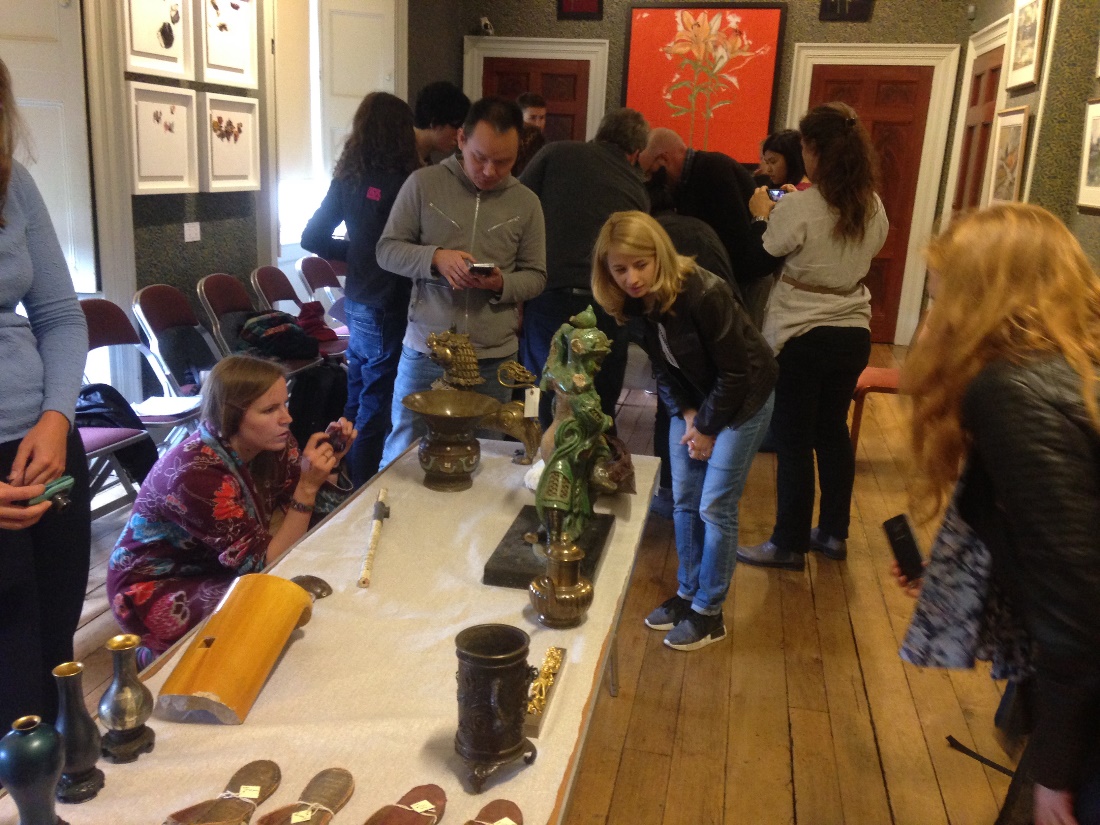 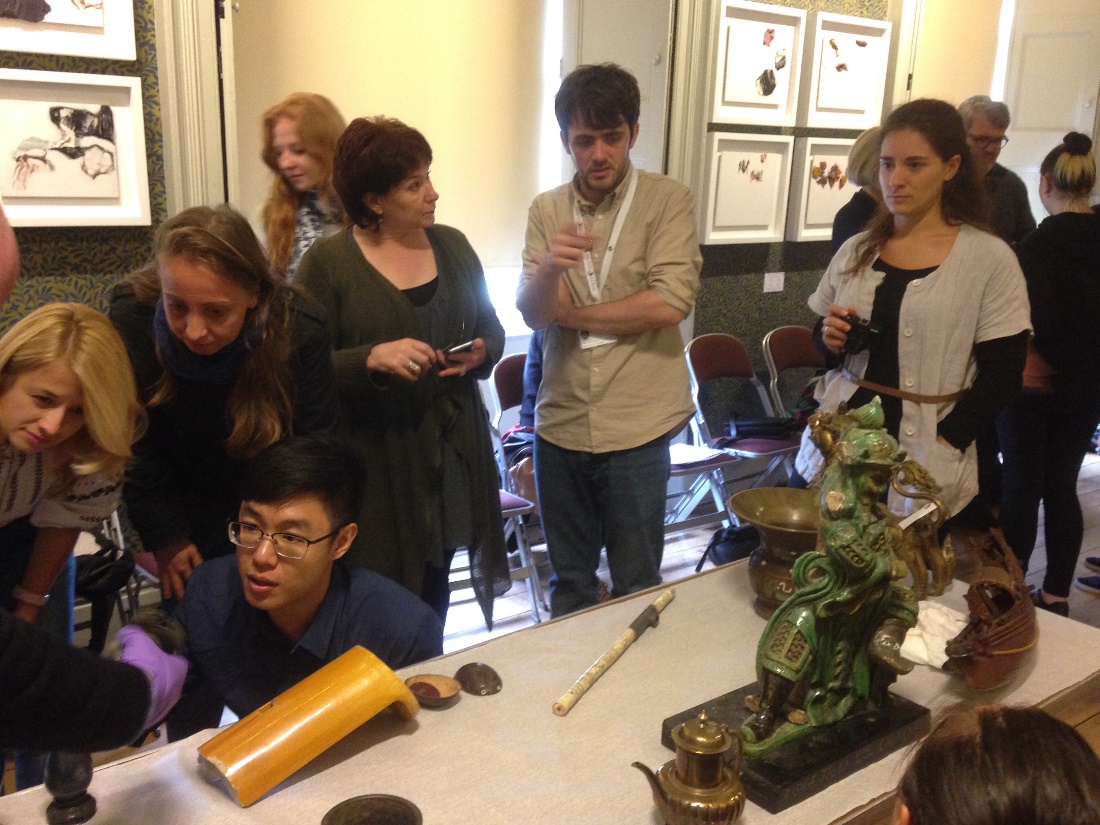 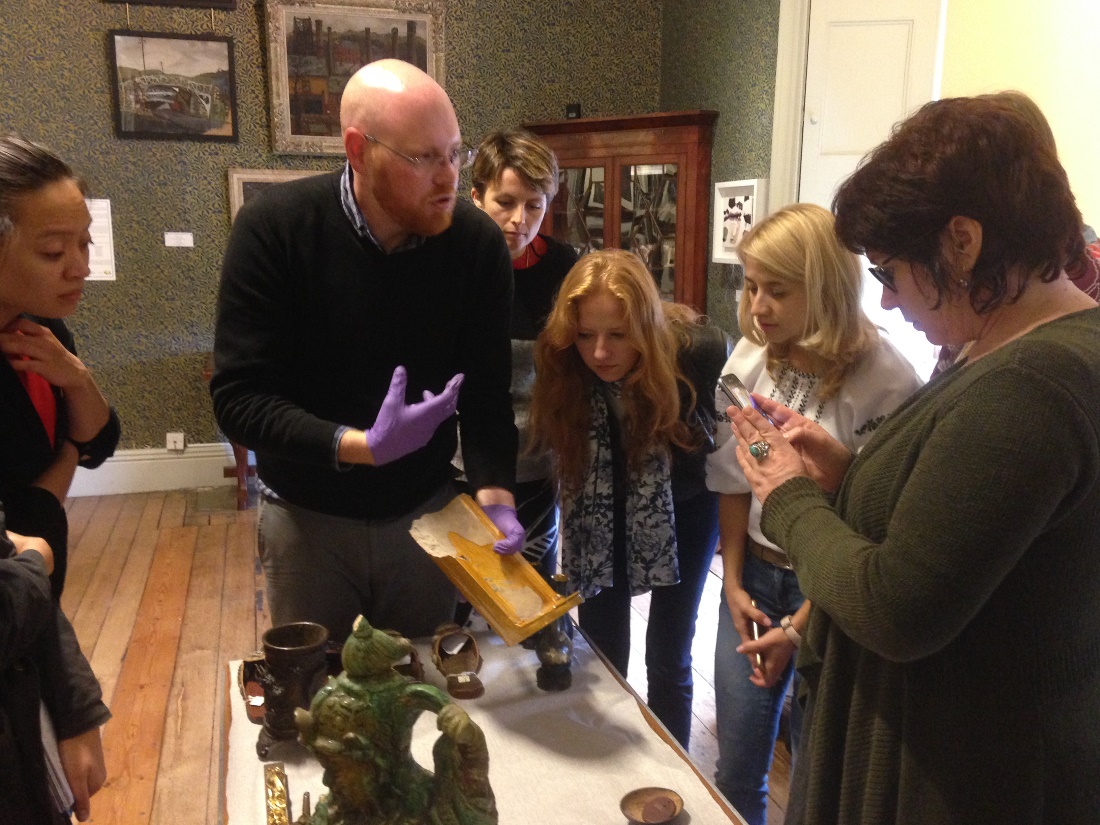 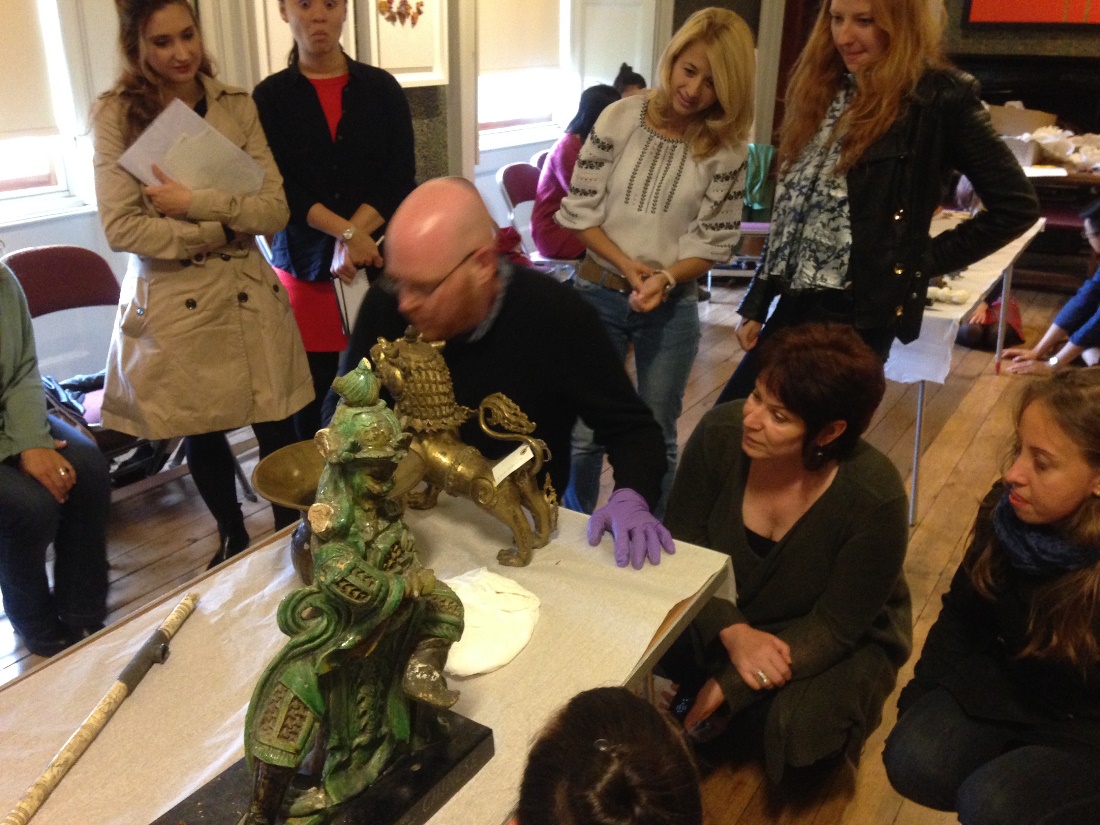 From Merthyr Tydfil the group travelled by coach to Glynn Vivian Art Gallery in Swansea where Stacey Pierson (SOAS) started the afternoon with a viewing exercise focused on the Chinese porcelain and ceramics collected in China by the museum’s founder Richard Glynn Vivian in the 1870s. The aim was to get a sense of the preferences and interests of the collector and how they were represented in the display of the objects in different rooms. Students were asked to pick a favourite object and discuss it in front of the group. 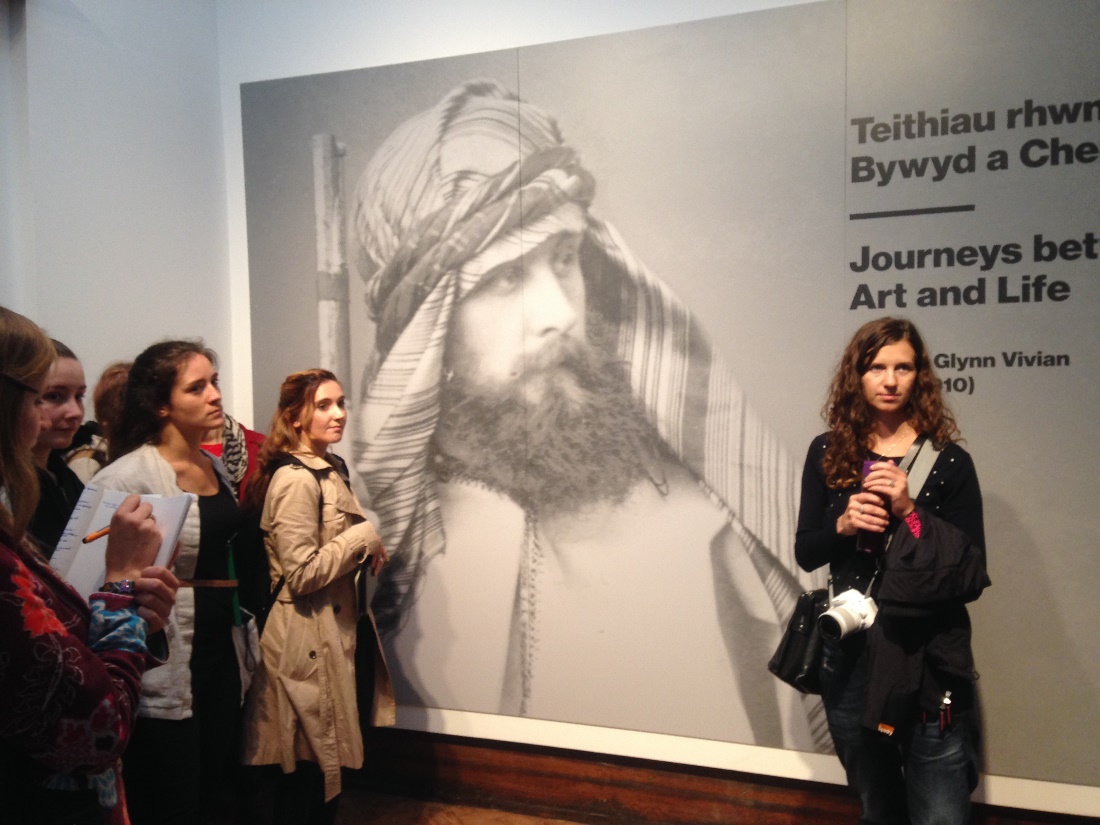 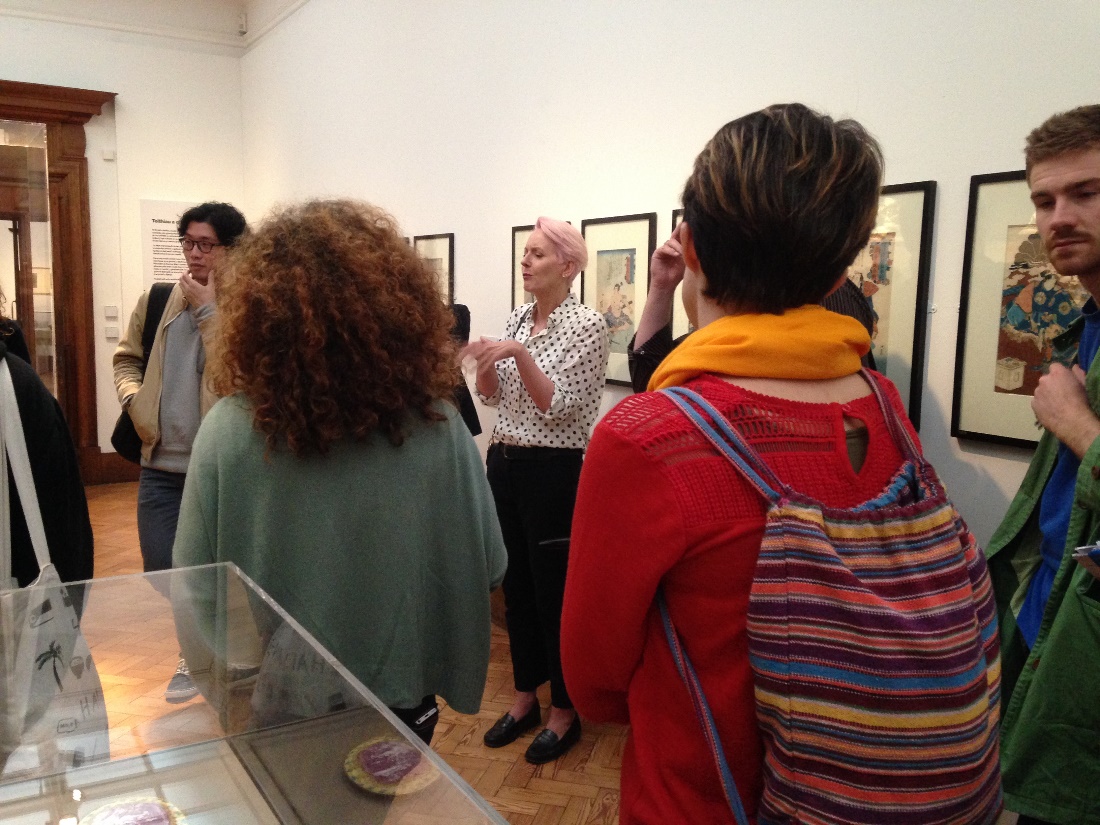 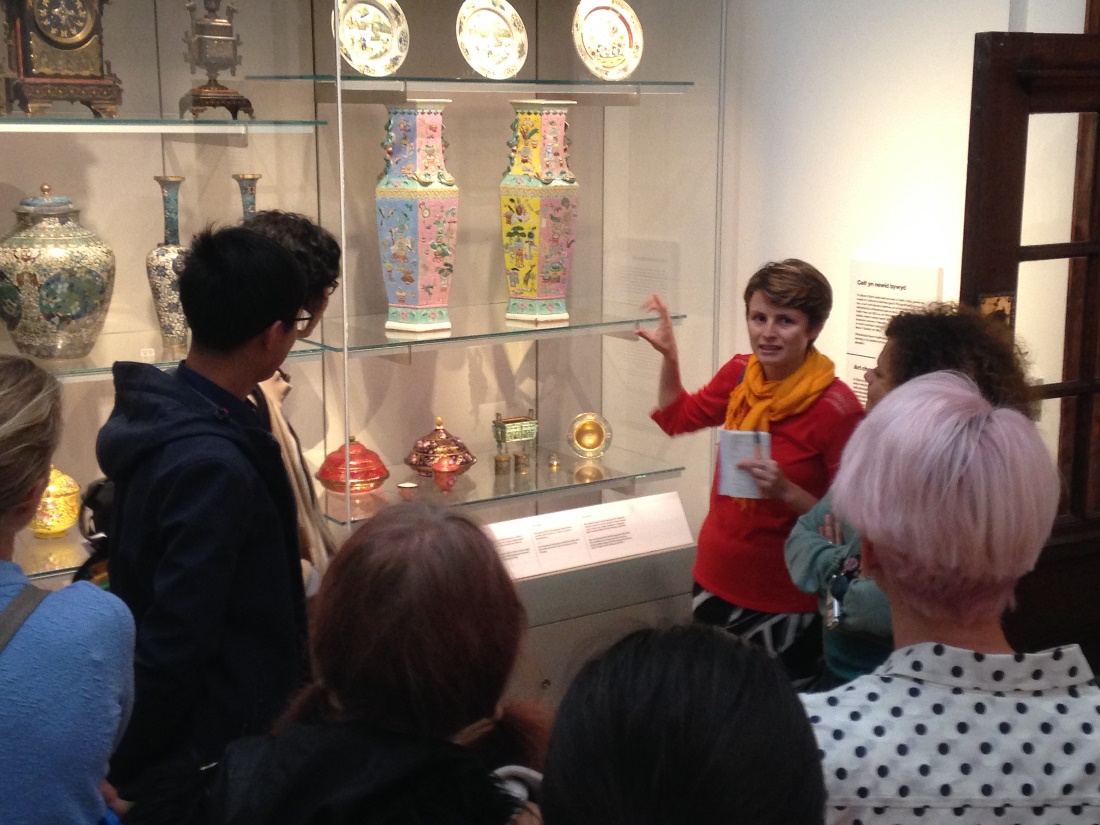 The day was concluded with a walk on the beach and Chinese dinner in the Wild Swan in Swansea. 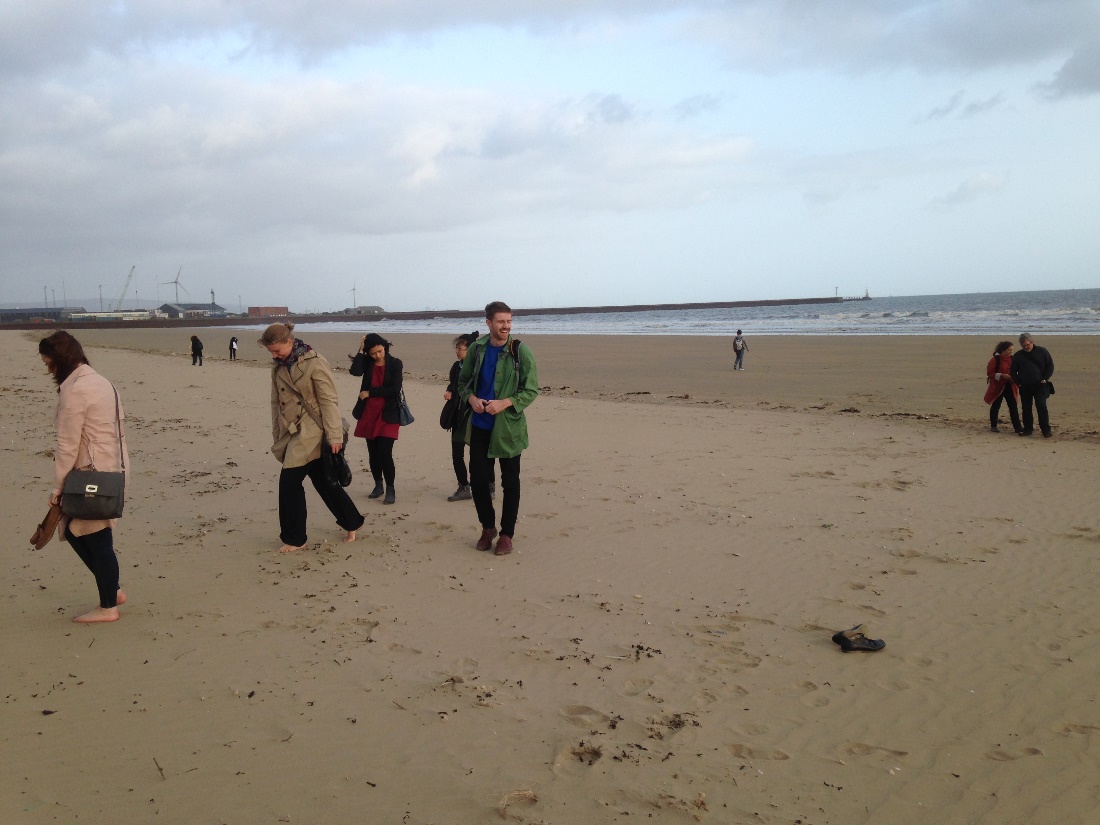 Day 4 continued with lectures and workshops based on what we had seen during the field trip the previous day. Stacey Pierson gave a fascinating lecture (“Chinese Ceramics: Categories and Taxonomies”) on how the names and descriptions we apply to groups of Chinese porcelain and ceramics (e.g. ‘Ming’ vase, ‘imperial workshop’) shape our viewing habits, the meanings, and by extension the (material) value, these objects have in the contemporary art world, for connoisseurs and collectors.

In Louise Tythacott’s workshop students were asked to use objects they had seen the previous day to come up with a proposal for a new display on China. The result were some very creative ideas about how to look at Chinese objects from new perspectives and to point the visitor to those elements of an objects biography that are often forgotten. 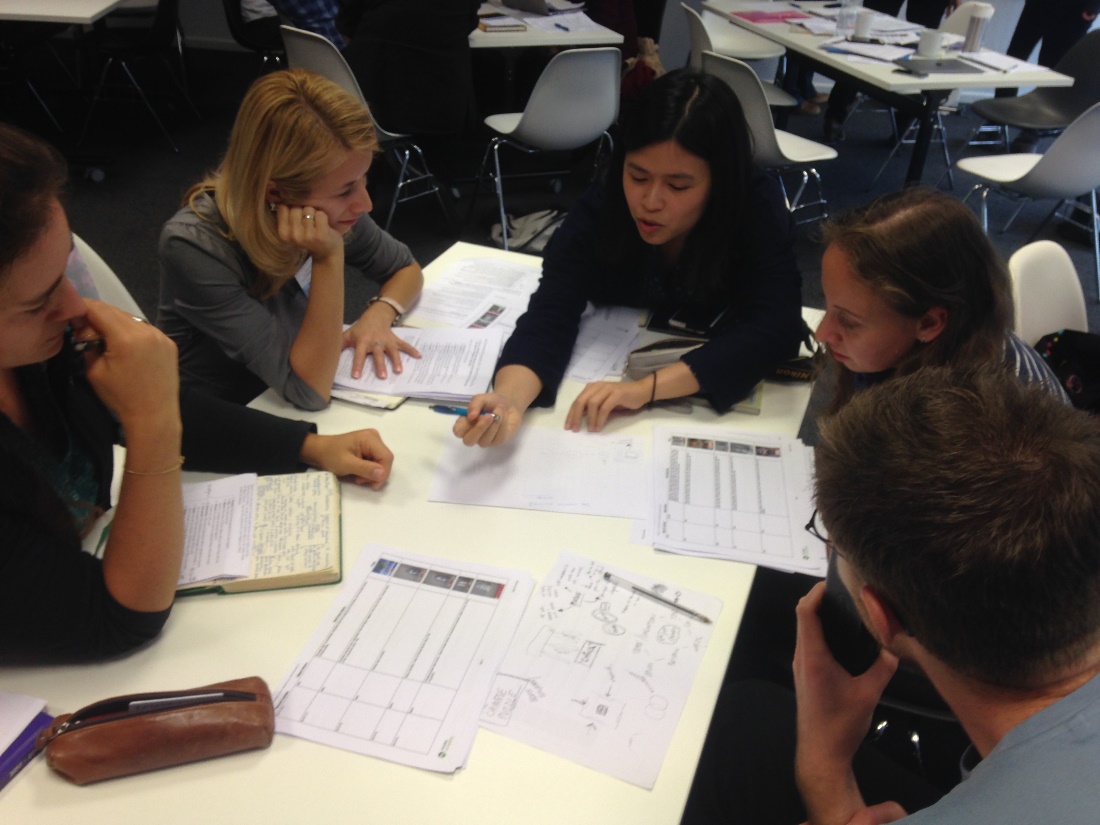 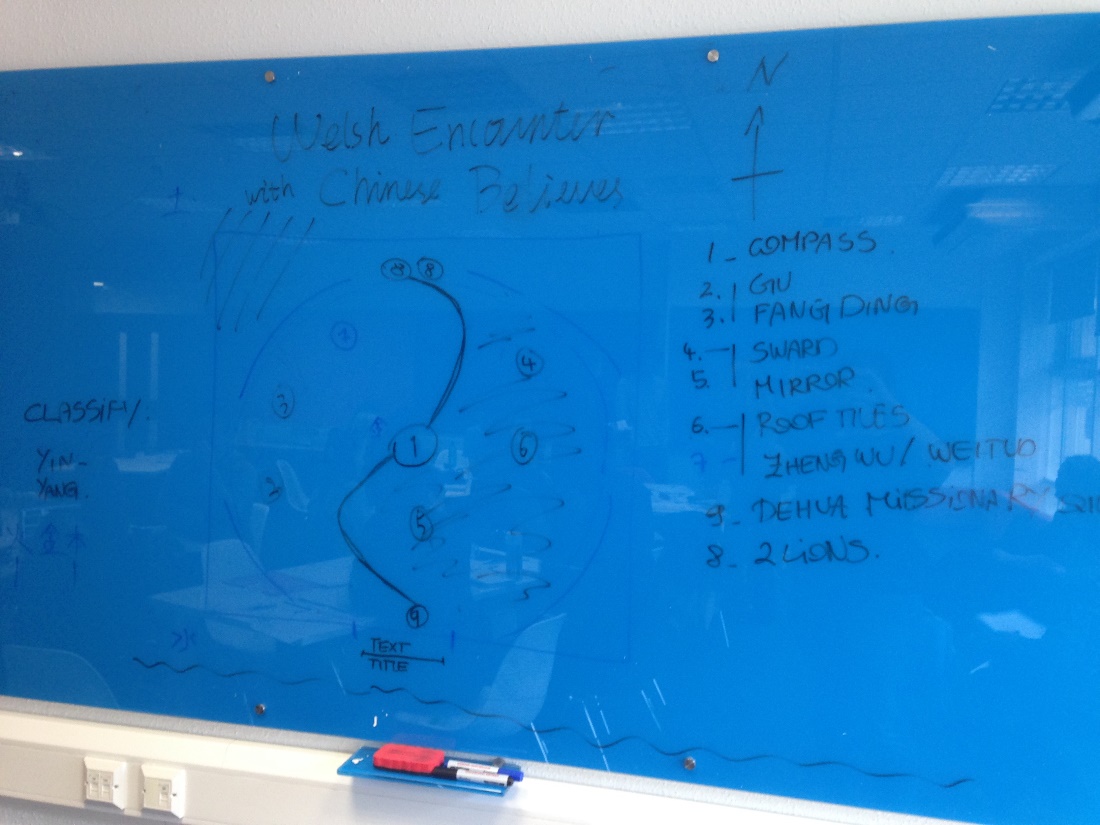 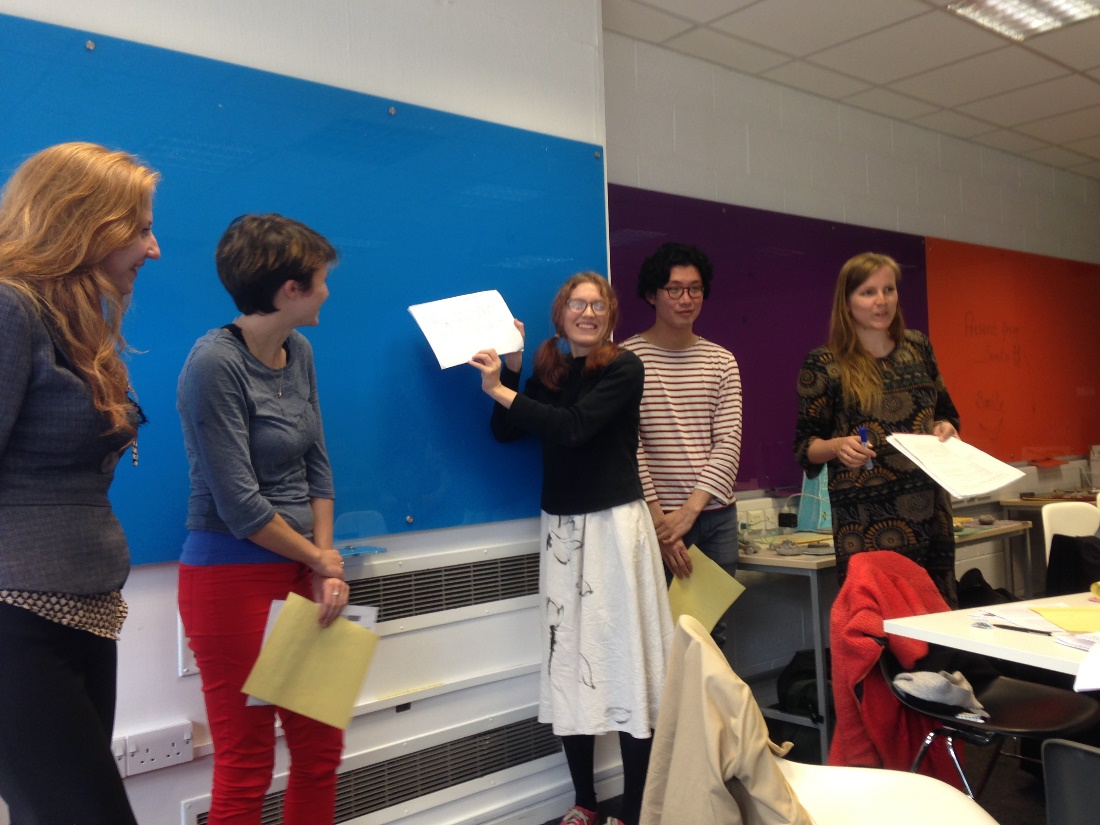 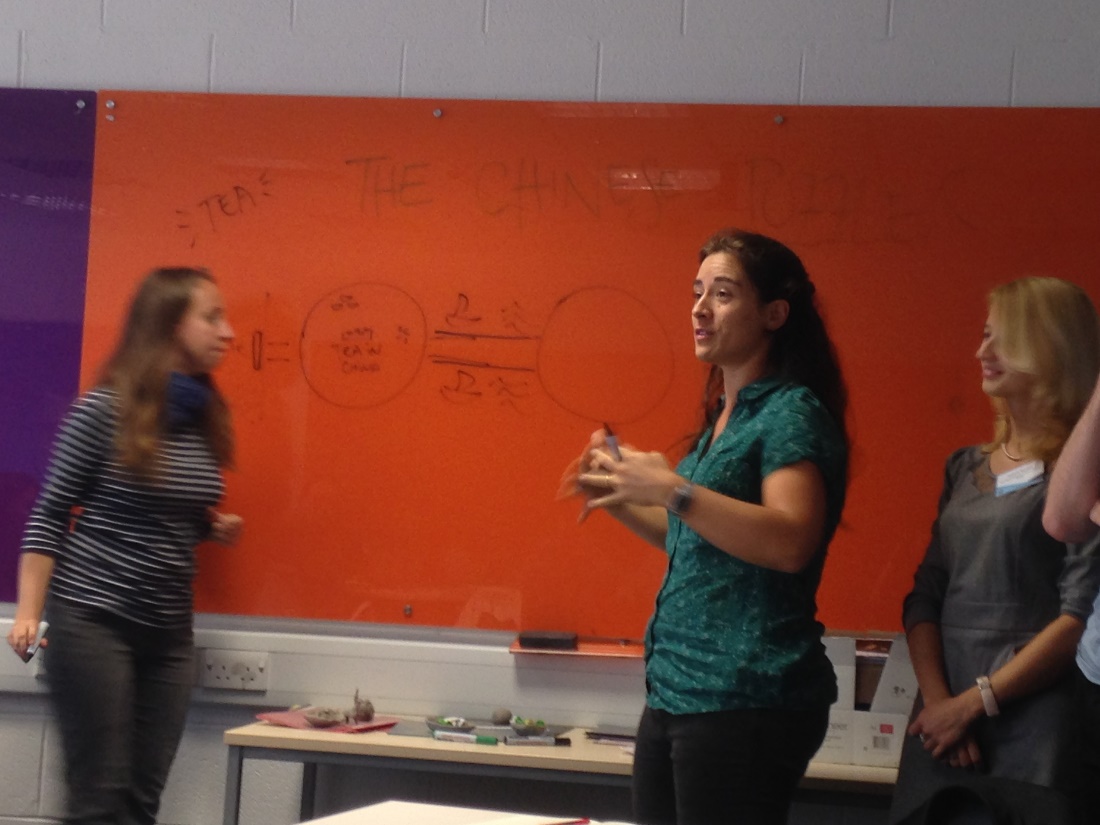 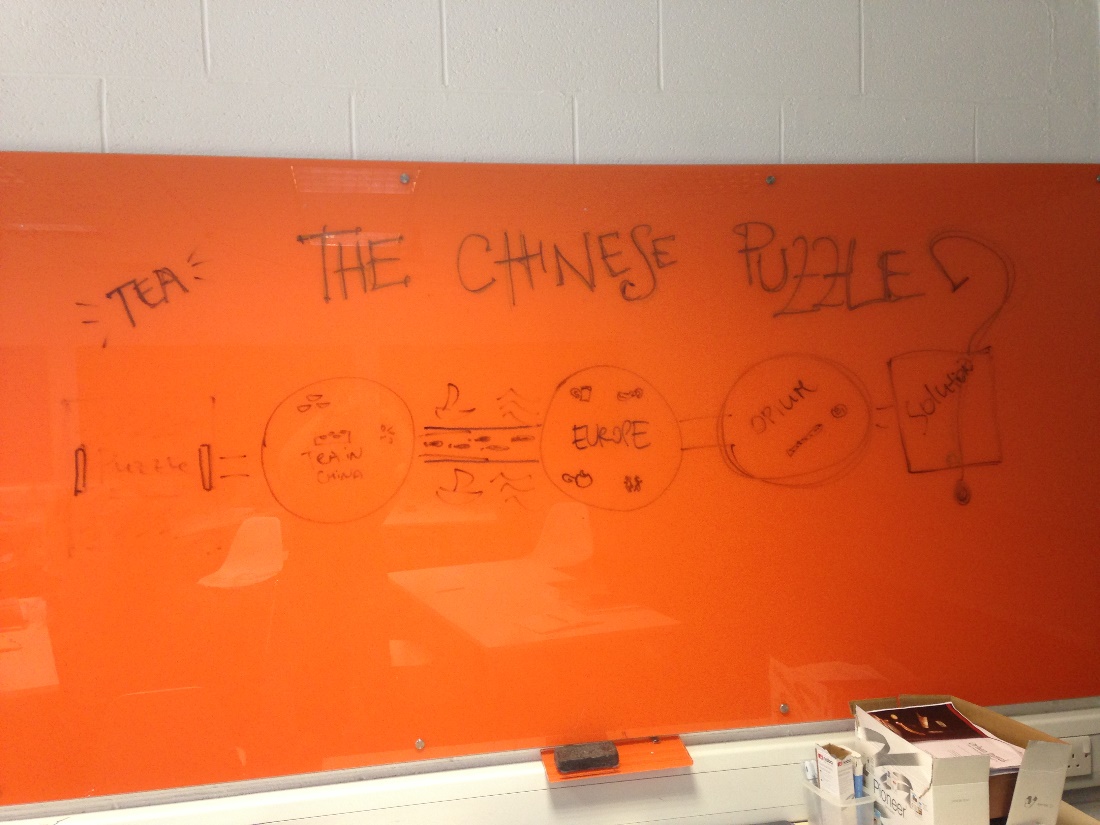 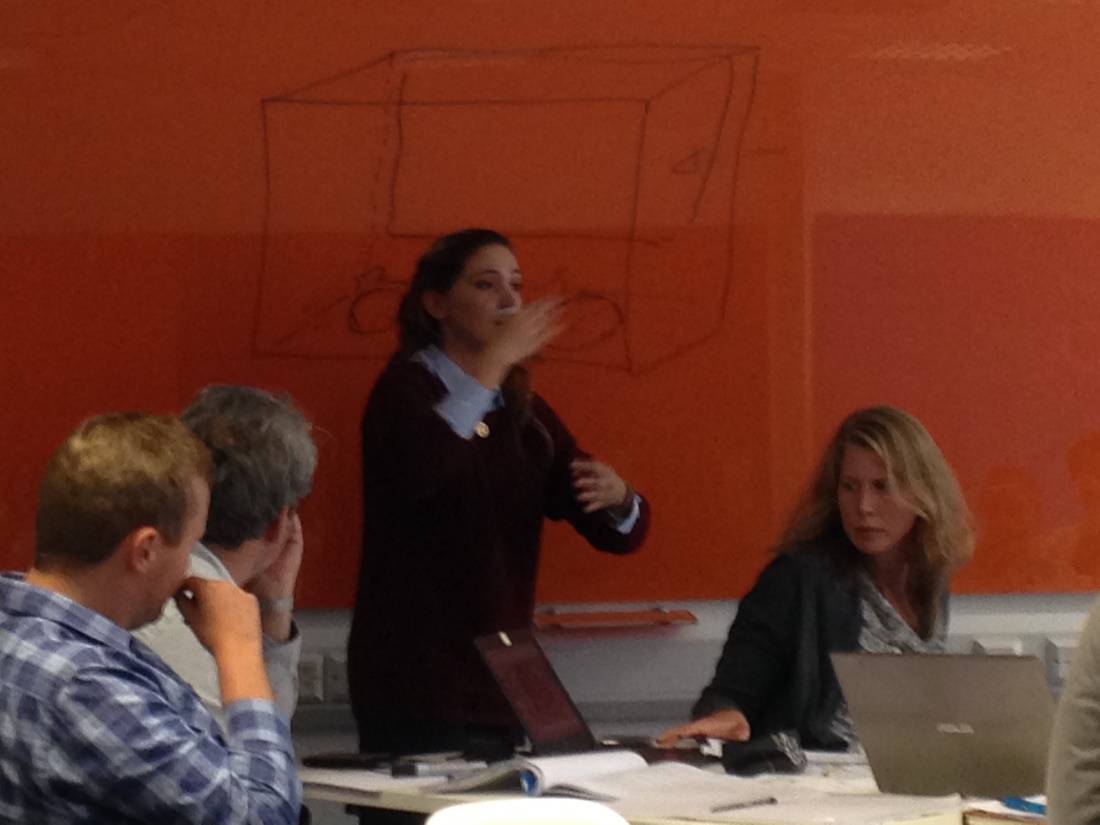 Marie Woods (Heritage Adventures Ltd, Scarborough) provided an additional view from inside the heritage industry as well as a personal example of a successful transition from university to a creating her own heritage business. Marie’s workshop on museum outreach on Friday (Day 5) morning challenged participants to step out of their normal roles and present an object in a way appropriate for a specific audience (elderly people, children). 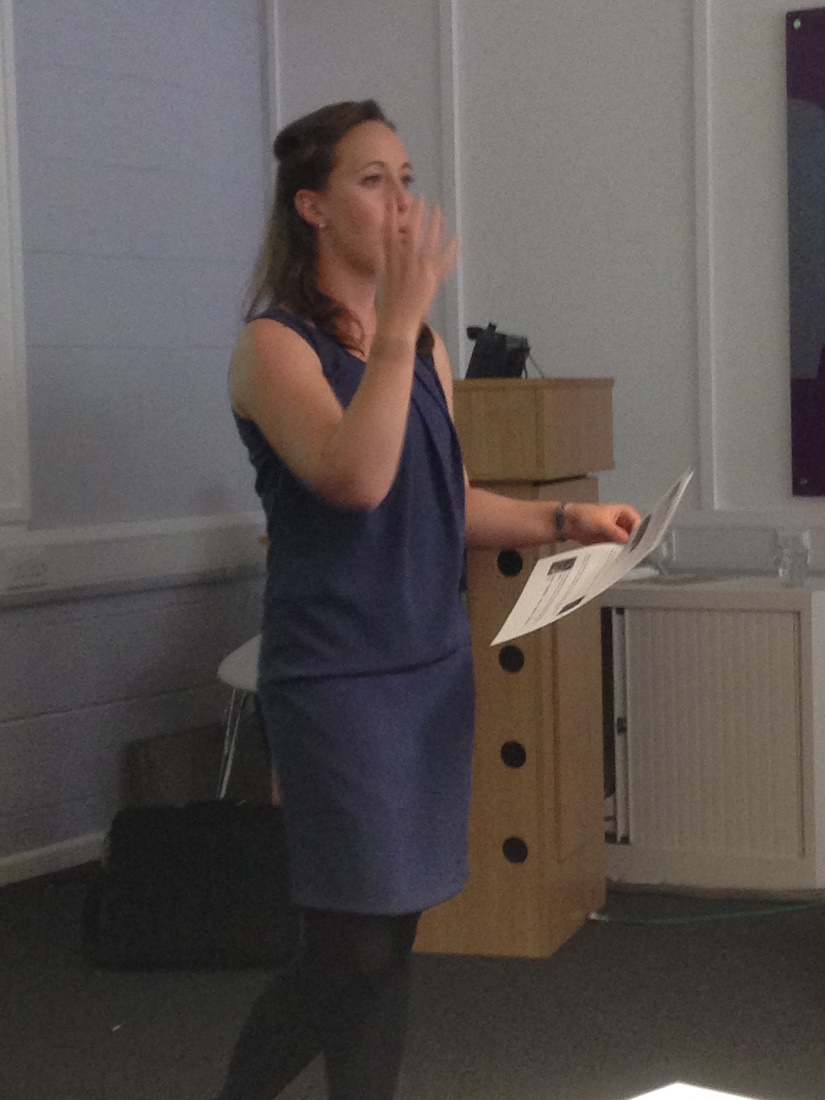 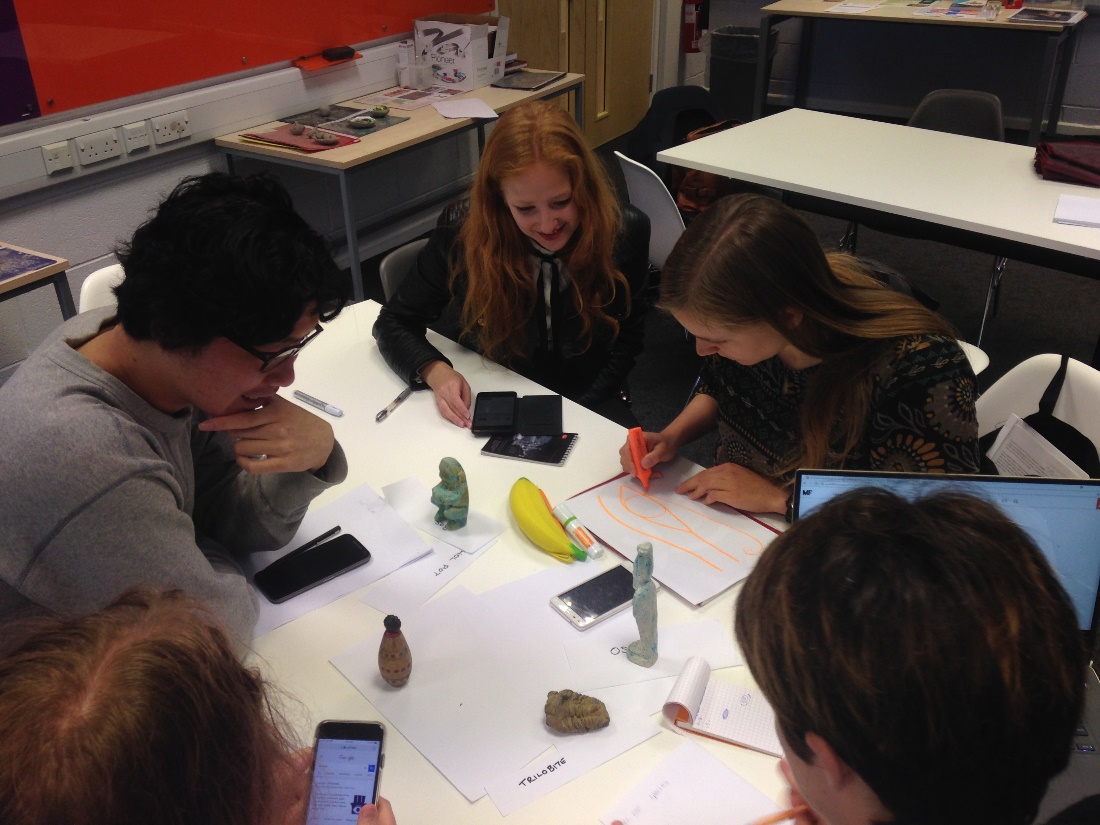 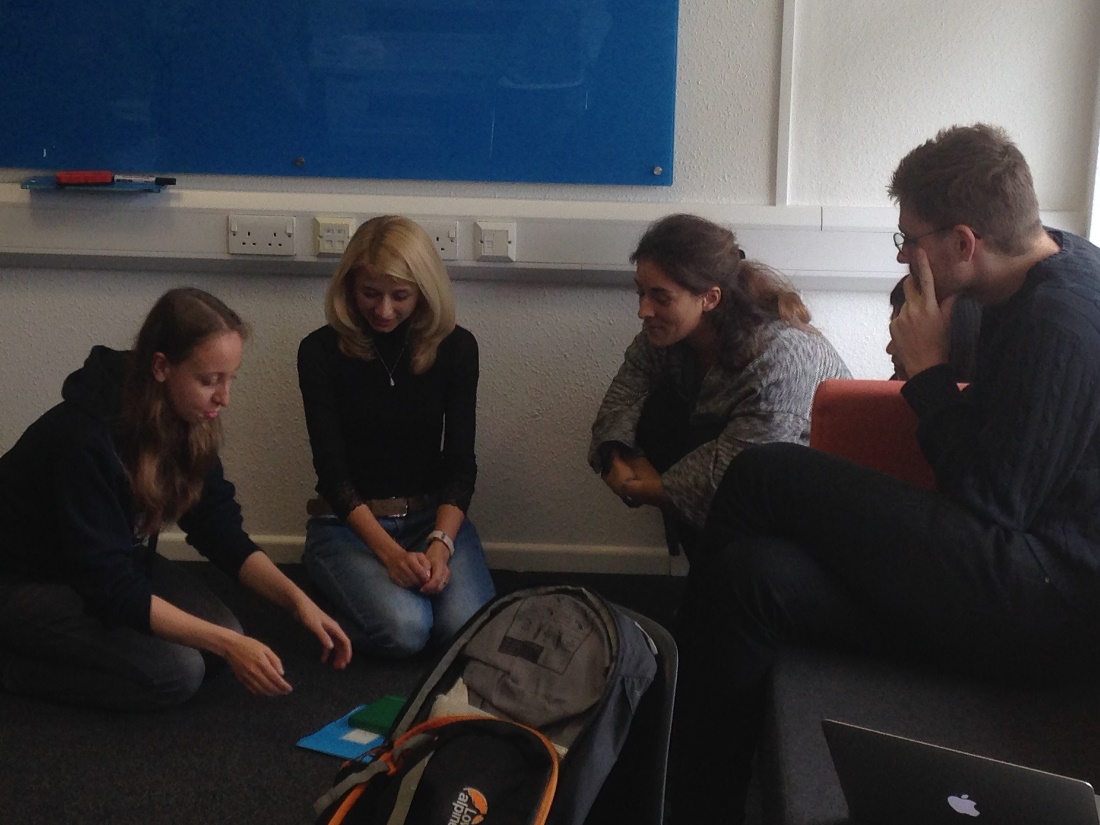 Helen Wang (British Museum, London) addressed in her seminar-style lecture a very specific group of frequently overlooked objects in British collections despite (or maybe because) their large numbers: coins and other forms of money. In the following workshop students were asked to develop a funding proposal for a conference panel on Chinese money, monetary history or policy.
The end of the last day was marked by a short certificate ceremony Chinese style (meaning Thomas Jansen handing out the certificates with a Chinese march playing in the background). 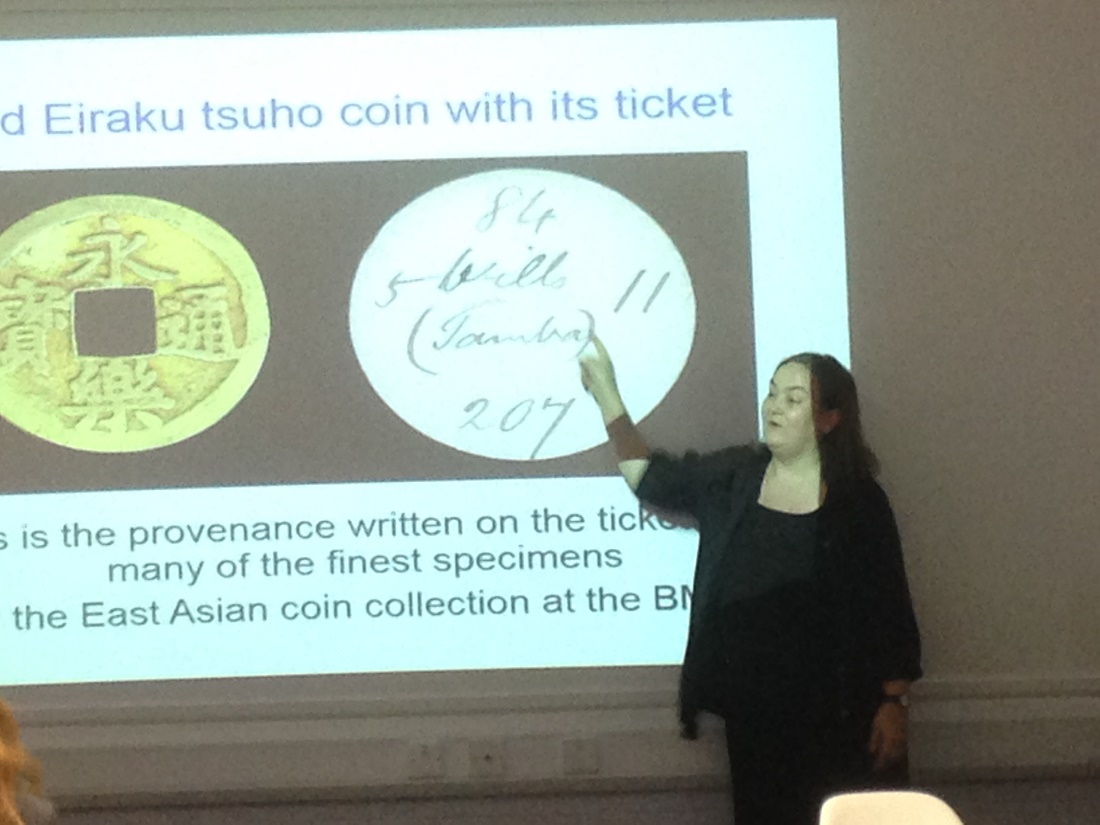 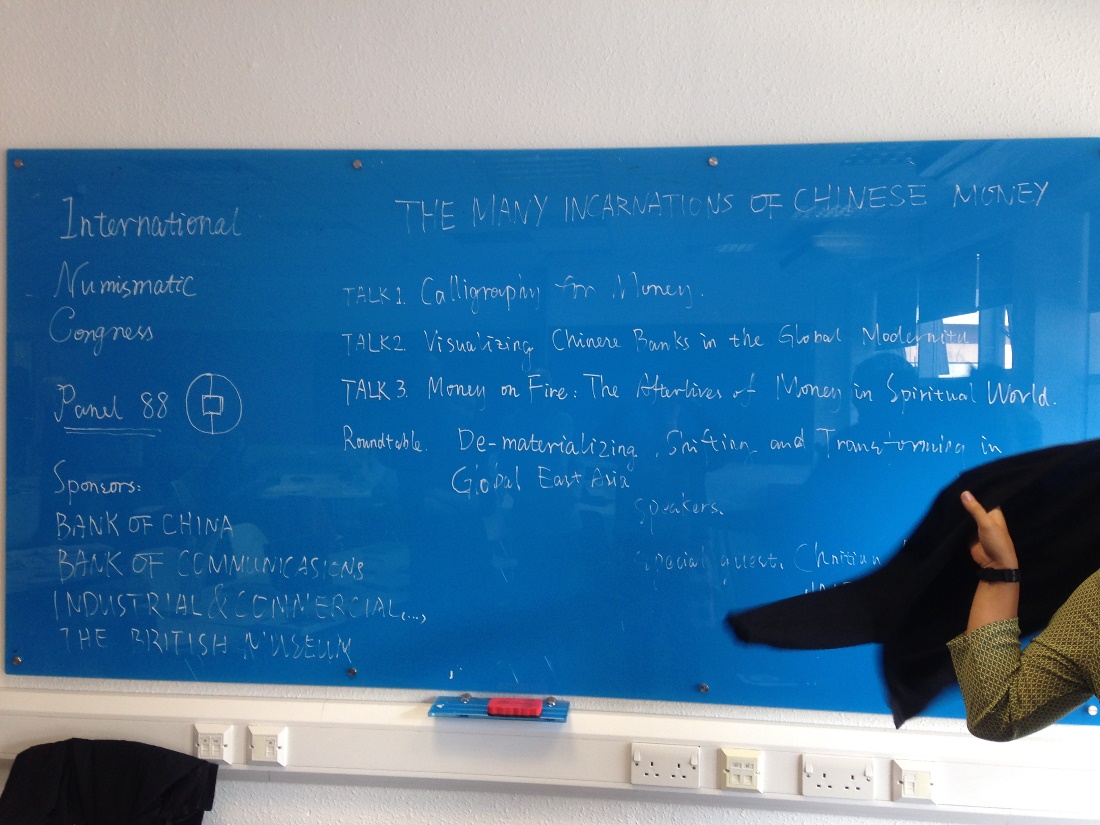 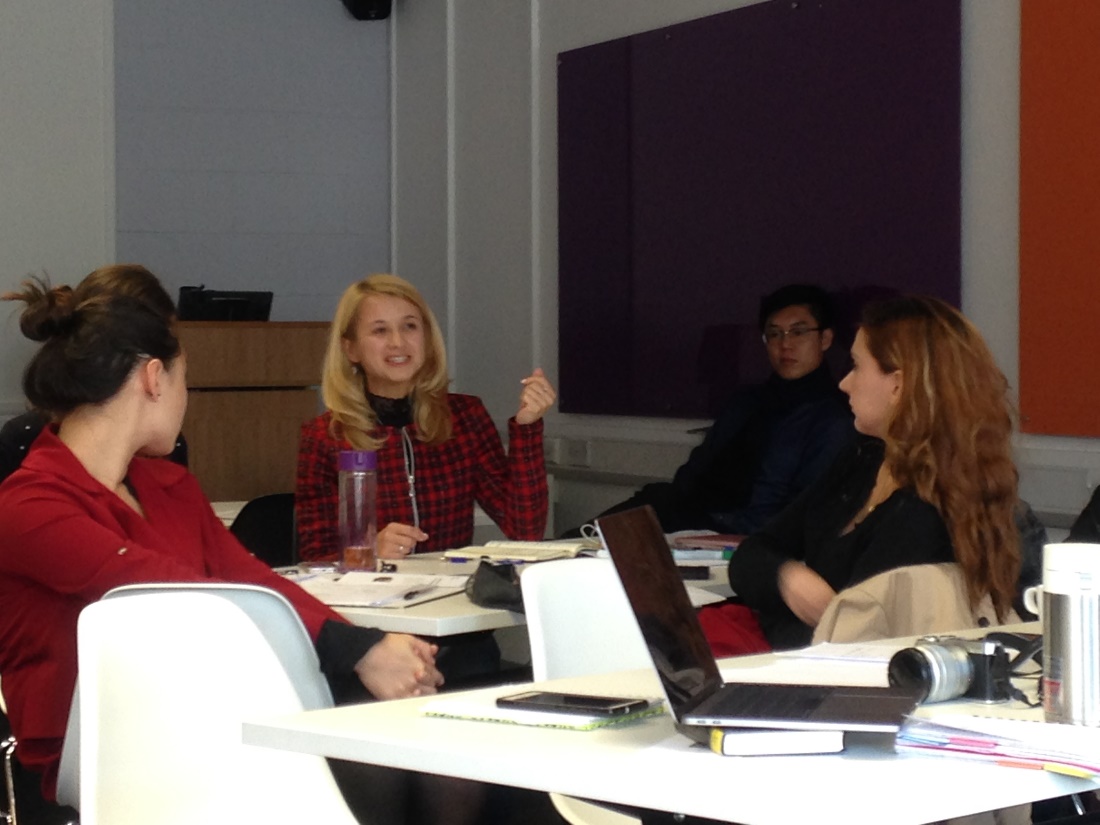 Saturday (9th) was departure day. While some participants made their way home through Aberystwyth and Birmingham, a large group travelled to Cardiff to catch a flight or train. We used the opportunity to visit nearby Nantgarw China Works, the only surviving early 19th century porcelain works in the United Kingdom, where we had a most interesting tour of the premises and a cup of tea and Welsh cakes at the end of a most enjoyable summer school. 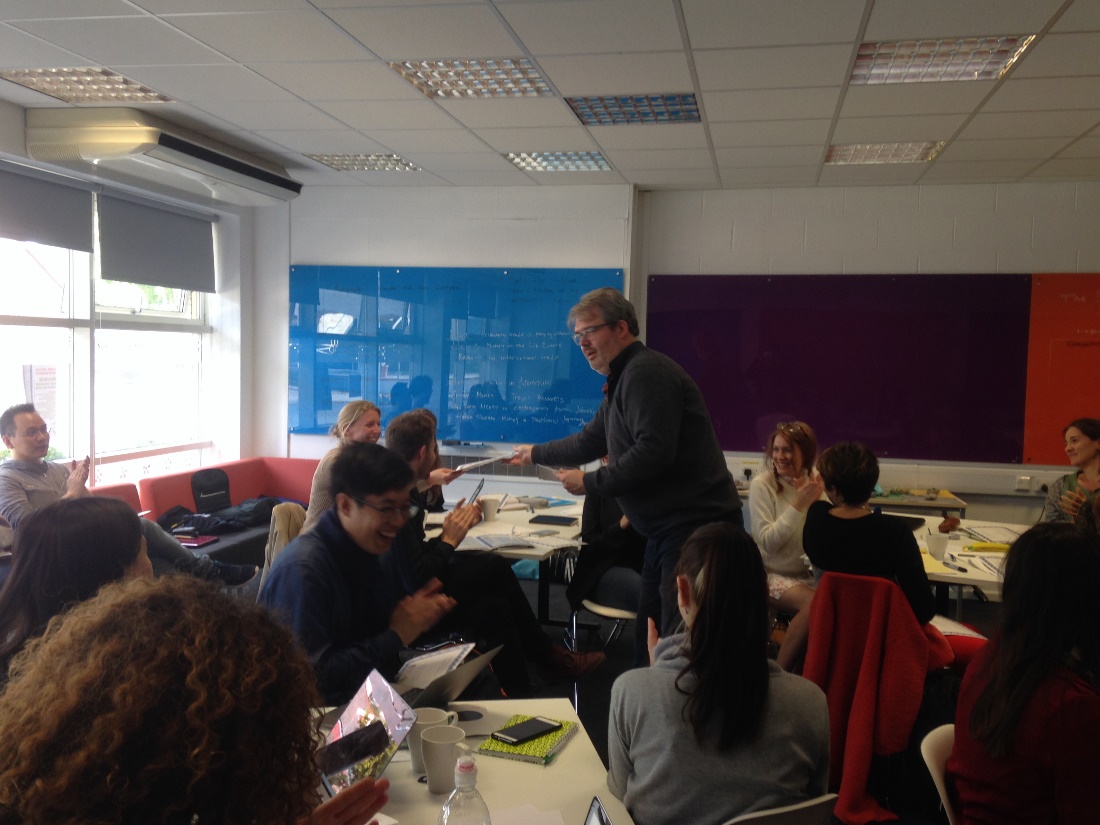 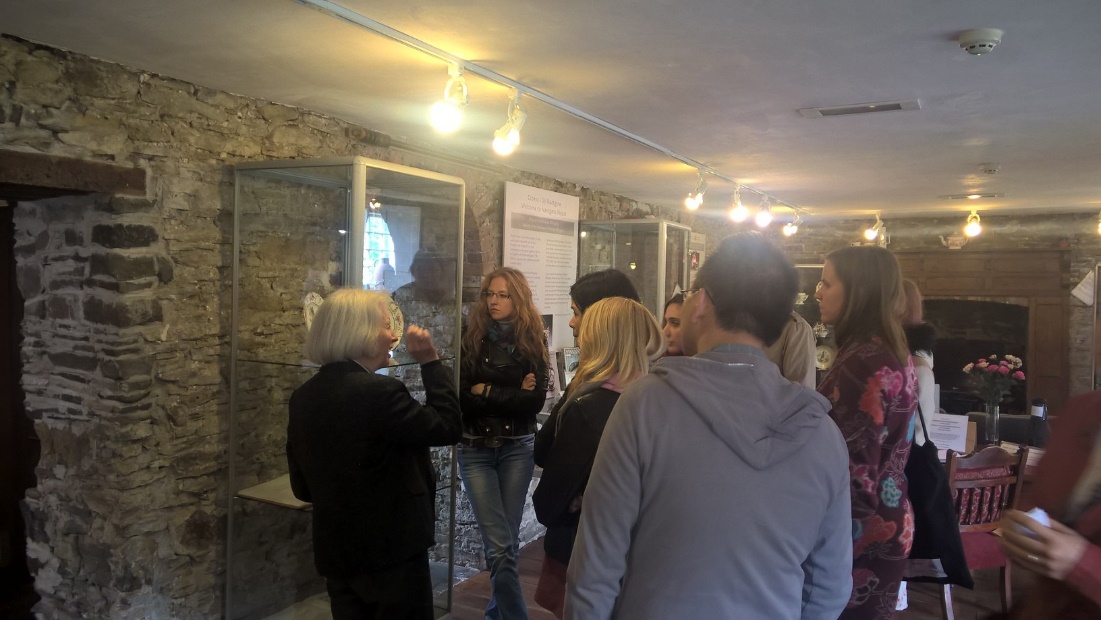 The organisers most gratefully acknowledge financial support from the European Association for Chinese Studies, the Confucius Insitute at UWTSD and the University of Wales Trinity Saint David.
Judging from participants’ reactions and feedback, the summer school achieved its aim: to critically examine on the basis of concrete examples how the many Chinese objects hidden in European collections can be brought to light, how their stories can be told in a way that sheds new light on the many facets of material culture shared between China and Europe.