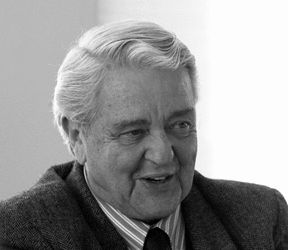 Sad news has reached Asian studies community in Nordic-Baltic region of passing of a longtime friend, colleague, and mentor prof. Henry Rosemont, Jr. (Brown University, USA). A prominent authority in the field of Chinese philosophy, Henry has co-authored translations of Chinese classics Lunyu and Xiaojing (with Roger T. Ames), has written books and numerous articles arguing for the relevance of early Confucian thought and some of its core ideas not only for the contemporary academic philosophy, but also for the daily lives of the people across the globe. Trained in analytical philosophy, Henry was a careful and attentive interpreter of both Western and Chinese philosophical traditions. Henry’s academic and personal interests included questions not only in Chinese philosophy, but also in moral philosophy, political philosophy, religious studies, human rights, education, and other related fields. Nevertheless, Henry was much more than a theoretical thinker. Prof. Rosemont was also deeply convinced that academic philosophical ideas and philosophers themselves have an important role to play in addressing and correcting some of the most pressing social injustices in today‘s societies.
Henry has visited Asian studies departments at Vilnius University, University of Latvia, Tallinn University, University of Tartu, and University of Iceland several times delivering public lectures, conference talks, lectures at summer schools, advising PhD students, and promoting colleagues of the region for Fulbright and other grants and scholarships. Prof. Rosemont has played a significant role in establishing Baltic Alliance of Asian Studies (BAAS) and was an ardent supporter of the development of Asian studies in Nordic-Baltic Universities.
It is a heartfelt loss for Asian studies community in Nordic-Baltic countries and we are expressing our sincerest condolences for Henry’s wife JoAnn, their family, and friends. Henry will always be remembered in all of his various roles and relations that he lived so gracefully and passionately, setting an inspiring example for many of his friends, colleagues, and students in the region.
Vytis Silius
Audrius Beinorius
Loreta Poškaitė
Valdas Jaskūnas
Frank Kraushaar
Ieva Lapiņa
Rein Raud
Katja Koort
Margus Ott
Märt Läänemets
Liuda Kočnovaitė
Geir Sigurðsson