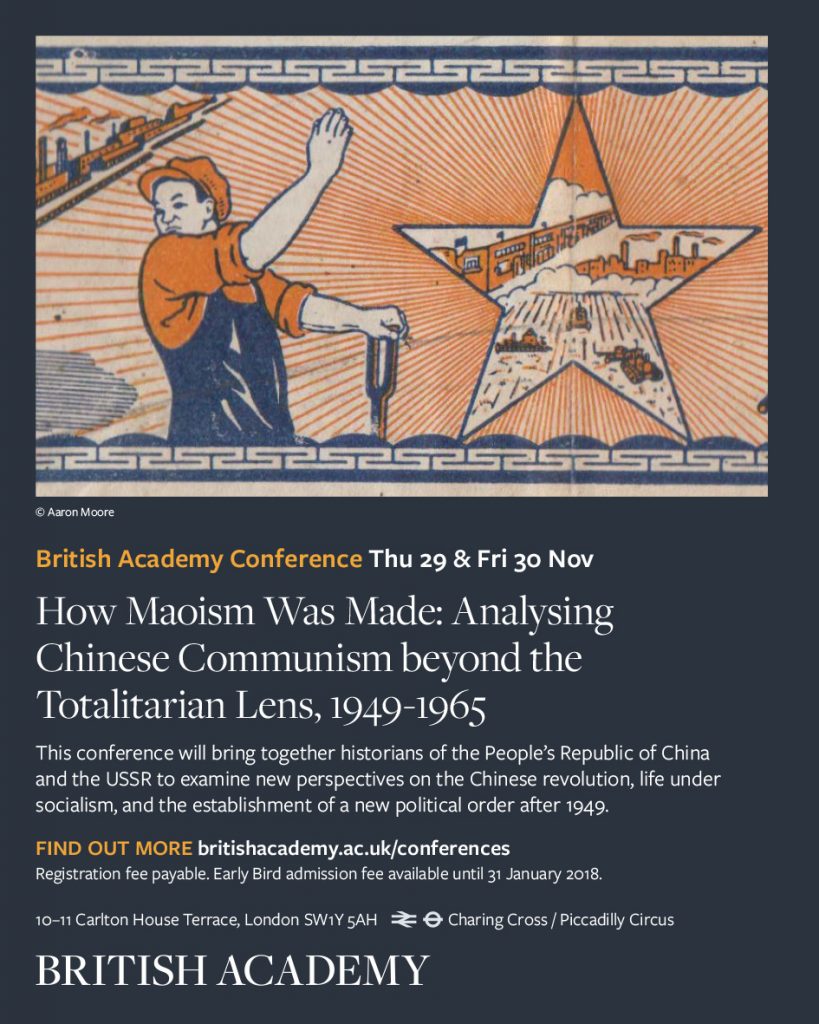 2019 will mark the 70th anniversary of the People’s Republic of China, the world’s largest socialist society. Although popularly perceived as a rupture, historians have increasingly emphasised continuities across the 1949 divide, making the end of the Maoist system in 1978 a much more striking transition. The picture that emerges from the early PRC is one in which China is not a top-down totalitarian regime, but one enabled by ordinary people wishing to secure their place, including scientists, farmers, artists, and religious officials. By engaging with historians of the USSR, this conference will gather scholars of China offering new perspectives on the revolution, life under socialism, and the establishment of a new political order.