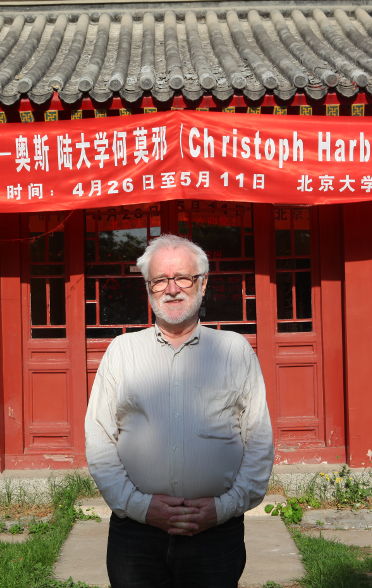 Oxford University China Centre, Merton College and The Queen’s College are accepting applications for the Ancient Chinese Workshop with Professor Christoph Harbsmeier, which will be held on 29 November – 1 December 2017.

Christoph Harbsmeier, Professor Emeritus at the University of Oslo (B.A. Merton College, Oxford 1969), is a distinguished expert in Chinese linguistics with profound specialist knowledge of ancient Chinese grammar and syntax. The workshop will be focused on close reading of the Zuozhuan 左傳 with particular attention paid to the analysis of compositional and syntactical patterns of the text. The participants are expected to be familiar with the first part of the text (Duke Yin 隱公) and to be prepared for detailed syntactical and semantic analysis of years 3-5 in particular. It is also expected that participants will have studied pages 525-544 of “A summary of Classical Chinese analytic syntax” very carefully. (See the list of recommended literature below.)

The participants of the workshop will be introduced to the most helpful tools necessary to conduct independent syntactical and semantic analysis of Classical Chinese texts.

The workshop will run from Wednesday to Friday (3 days), with morning and afternoon sessions of 5 hours overall every day.

The workshop is predominantly targeted at current graduate students within and outside the UK. The organisers encourage those who are currently not enrolled in graduate programmes to submit their applications, but it should be acknowledged that priority will be given to students. Unfortunately, due to limited funding, the organisers will not be able to provide support towards travel and accommodation expenses in Oxford.

Applicants should submit a CV and a brief (up to 500 words) statement explaining their interest in the workshop. Applications should be sent by 10 October to yegor.grebnev@merton.ox.ac.uk . Successful applicants will be notified by 15 October.